Jeremy Goulet grew up in Biddeford and was a member of the Tigers Golf Team. In 1998, he earned a B.S. in Biology from St. Michael’s College, where he was a three year captain of the division II golf team. For the last 15 years, Jeremy has been a high school physics teacher in both Sanford and currently, at Thornton Academy where he is also the Science Department Chair. Encouraged to turn professional while working at Sanford Country Club, Jeremy was elected to Class A PGA status in 2012 where he was named the 2011 PGA Apprentice of distinction by the PGA of America. Having served as both Assistant and Head Golf Professional, Jeremy joins us from Purpoodock, a private club in Cape Elizabeth, Maine. Jeremy currently resides in Biddeford with his wife, Christine and son, Drew. 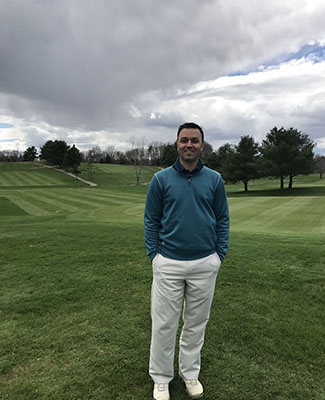